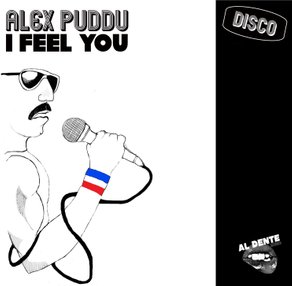 NEW SINGLE OUT NOW
I FEEL YOU

”I Feel You” is Alex Puddu’s new smash dance disco single that sees Alex stepping forward musically into a new club direction. Bringing a fresh sound to the production with retro drum machines, synthesizers, and house piano from the 80s ,with a killer funky bassline on top. The tracks draws inspiration from artists such as Cerrone, Giorgio Moroder, and Change to name a few.
”I Feel You” will be the first single from the forthcoming album which is due to be released after the summer and will also include a remix of the track by Bjarno (Bjarno’s Disco Dub Mix)

”Undress my mind” is the brand-new single from Alex Puddu, featuring Simone Miller on Vocals. A great song for summer that Alex wrote,recorded,and produced at his home studio”Sexy Lady” in Copenhagen. Simone Miller once again proves to be a superb vocalist,bringing personality and soul, sensuality,and charm to the song in her own unique style. Check out the retro Simmons drum machine beat, killer dance bass line, and the synth riffs and melodies in the 80’s Italo Disco style groove.The single will be released on Monday the 10” of May and includes the remix Undress my mind (Back To Rimini) from producer Rob Hardt.

Get in the swing of ”Undress my mind” and let’s bring back the days of those classic boogie vibes. 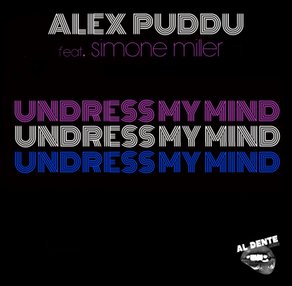 The Face” is Alex Puddu’s new
single, featuring the American vocalist CaiNo. A cool tune which starts with a downbeat R&B vibe and builds into an 80’s synth pop dancer. The single is taken from the original recording session of the album ”Night People” released in January 2022. and is also included as bonus track in the CD album version
a must for the Alex Puddu’s collectors. 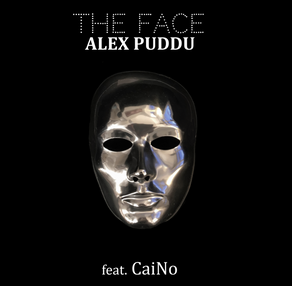 Alex Puddu will be releasing the brand new album ”Night People” with his record label Al Dente Music. A great record written and produced by Alex Puddu that follows his latest album ”Love After Dark” Night People is a truly soulful piece of work in style with classic R&B groove and retro 80’s synth-pop. The Album was recorded in Rome in Italy at the Tube Recording Studio where Alex Puddu collaborated with legendary session musicians from the pop and Italo-disco scene from the early 80’s such as bass player Dino Kappa (Libra, Franco Micalizzi, Alan Sorrenti, Loredana Berté) and drummer Agostino Marangolo (Goblin, Pino Daniele, Enzo Carella, Mike Francis).and Giovanni Guerretti one of the best italian Piano and keyboard player of the new musicscene. Night People includes the six singles that had allready a great airplay across the nations ” If You Desire” featuring Vincent Bates, ” Leaving This Town” and Don’t Stop The Music” Feat. CaiNo, ”Call Me” feat. Simone Miller and ”Victim Of Love and Future Woman” Feat . James Knights. 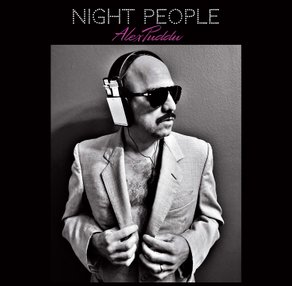